Dedication and fundraising to the memory of James Brokenshire MP This page has been established for family, friends, colleagues and wellwishers to pay tribute to James, who has died from lung cancer at the age of 53. James’s family have asked for you to share your memories and photographs of him on here, as well as contributing in his memory to the excellent work of the Roy Castle Lung Foundation in lieu of flowers.

As well as his lifetime of public service, in the last few years of his life James’s passion was to help others with lung cancer, preventing others going through what he did and raising awareness of lung cancer as one of the less common variants.

From his initial diagnosis in 2017 until his death on Thursday 7th October 2021, James was an indefatigable campaigner for better lung cancer screening, becoming the first MP to host a debate on the floor of the House of Commons on this important matter. He was clear that the stigma of lung cancer should be removed.

James’s family would also like to take this opportunity to thank all the NHS staff who cared for James so well over the past years.

In due course, further arrangements will be posted on this site.

Thoughts and prayers with your family and friends xx

Remembering James who was thoughtful, kind and dedicated. He represented the best of us. I consider myself very fortunate that our paths crossed, he was my boss and friend, and is missed so very much. 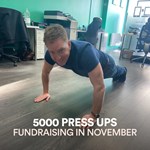 See more in the gifts gallery
Send a gift

See more in the picture gallery
Add a picture

What a lovely man I didn't know him but may he rest in peace God bless you James x
Peter January 9th, 2022
Grief is the price we pay for love. It’s wonderful to see that so many people loved James and want to contribute in his memory. Sending love to Cathy and all who loved James. X
Millie January 9th, 2022
A good and honest man. Very few of them left, but he was indeed one of them.
Oliver January 9th, 2022
See more in the thoughts gallery
Send a thought

Rest in peace James on your 54th Birthday. Thinking of Cathy & your beautiful family today and every day x x
Lit by Tracey & family xx on January 8th, 2022
Our thoughts are with you and your family especially on this first milestone. I know that this day may be a difficult one for you all and I wanted to let you know that we were thinking of you today.
Lit by Angela Massey on behalf of everyone at Roy Castle Lung Cancer Foundation on January 8th, 2022
Rest in Peace. Thinking of your family at this difficult time and remembering when you came to our tree service at Christchurch Sidcup two or three years ago.
Lit by Alison Susan Green on November 26th, 2021
See more in the candle gallery
Light a candle